On the app stores for iOS and Android, Bluezone has continuously increased its rankings. Currently, the application ranks Top 2 among the most downloaded applications in Vietnam on both mobile platforms. 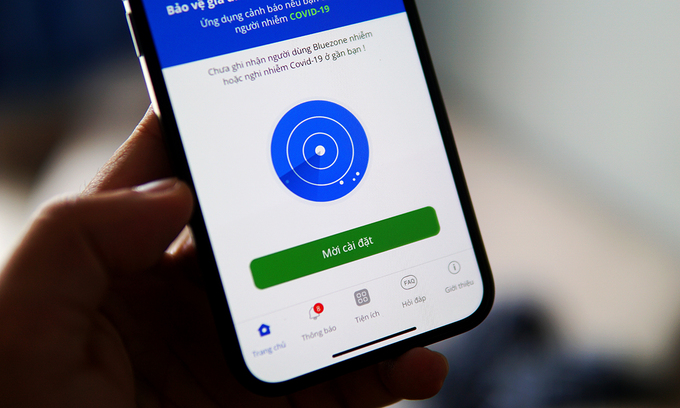 Bac Ninh and Bac Giang are provinces with a sharp increase in Bluezone downloads. In the last 10 days, the downloads of Bluezone in Bac Giang have increased from 384,452 to 433,001. The ratio of Bluezone users to the population in this province has reached 21.31%, ranking 9th in the country, up three places compared to May 18.

In Bac Ninh, the downloads are currently 447 thousand, accounting for 32.66% of the population, ranking 5th in the country. Da Nang, Hai Duong, Hanoi, Bac Ninh, Quang Ninh are five provinces with the highest percentage of people downloading Bluezone.

Data of contact history from Bluezone is stored on users’ phones and is only used to serve health authorities with consent. Bluezone does not store location, use or access other information on users' mobile phones. In previous outbreaks of the pandemic in Hanoi and Da Nang, Bluezone helped detect hundreds of F1, F2 beyond the traditional tracing method.